The Rule of Law and the EU Budget for 2021–2027: More Solidarity or Renouncing the Values of the EU?

This paper looks at the proposals of the European Commission for the Multiannual Financial Framework 2021–2027, and explores how to achieve a better future for Europe by ensuring compliance with the legally binding values and objectives of the EU: democracy, equality, the rule of law, economic, social and territorial cohesion and solidarity between the member states.

It is argued that introducing progressivity, a reform of the EU’s finances involving a paradigm shift in the financing of policies with redistributive effects and a reform of the system of the EU’s ‘own resources,’ would ensure that solidarity becomes a matter of the rule of law and not of governance through conditionalities and fines.

It is pointed out that, unless the EU undertakes an effective reform of its redistributive policies to ensure that progressivity and solidarity in the EU become a matter of the rule of law, the Union will bear less and less resemblance to a democracy and will increasingly look like an empire with an economically stronger and more rapidly developing ‘core,’ and an economically weaker ‘periphery’ in the East and the South lagging behind the ‘core.’

What is needed is collective action by the member states most immediately interested in a reform to make the system of EU’s ‘own resources’ less regressive and to introduce progressivity in the financing of the policies of the EU. It would take significant skill for those countries to organize themselves as a group and to act together in the course of the adoption of the legislative proposals for the next MFF in order to make the EU more equitable. 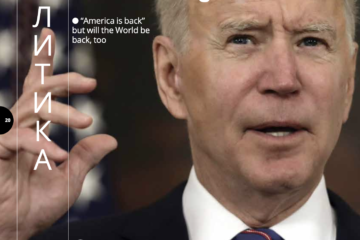